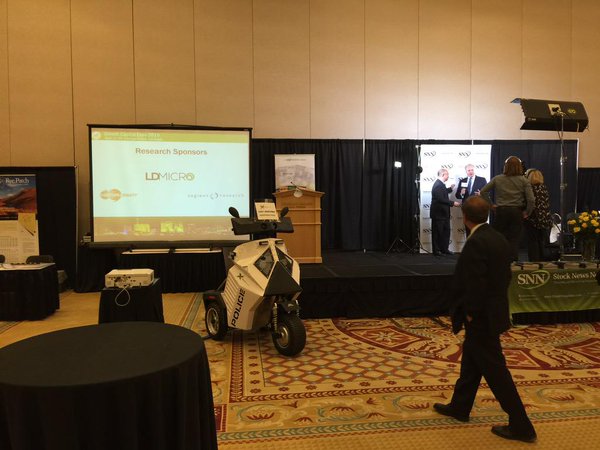 Since its founding in 2011, SeeThruEquity has been committed to its core mission:  providing impactful, high quality research on underfollowed smallcap and microcap equities.  SeeThruEquity has pioneered an innovative business model for equity research that is not paid for and is unbiased.  SeeThruEquity is the host of acclaimed investor conferences that are the ultimate event for publicly traded companies with market capitalizations less than $1 billion.

SeeThruEquity is approved to contribute its research reports and estimates to Thomson One Analytics (First Call), the leading estimates platform on Wall Street, as well as Capital IQ and FactSet.  SeeThruEquity maintains one of the industry’s most extensive databases of opt-in institutional and high net worth investors.  The firm is headquartered in Midtown Manhattan in New York City.

Chief Executive Officer Ajay brings over 12 years of experience in the financial service industry and considerable experience advising, structuring transactions, and raising capital for smallcap public and private enterprises with respect to equity and equity linked transactions prior to his role at SeeThruEquity.

Ajay co-founded Emissary Capital, LLC, a private investment firm focused on microcap investment banking. Prior to serving as Director of Research of SeeThruEquity, LLC and President of Emissary Capital, LLC, Ajay served as Vice President of Equity Capital Markets at Maxim Group, LLC, a New York City based, full service investment banking firm. In his role at Maxim, Ajay led the firm’s equity syndicate and origination efforts with respect to PIPEs, registered IPOs and follow-on offerings. Prior to his role at Maxim Group, Ajay served as an executive for Dealogic plc, an analytics platform used by global and regional investment banks worldwide to help optimize their performance and improve competitiveness.

Ajay began his career in financial services as a management consultant with IBM Global Services and earned his Bachelor of Arts degree from Cornell University.

Director of Research Amit has been involved in the capital markets space for over 15 years in various roles including corporate finance and law. He brings a unique perspective to his role as an equity research professional with experience in advising emerging growth companies in capital formation as well as his legal experience in tax, corporate finance, and commercial litigation from his decade of practicing law in New York City with some of the top New York City law firms including White & Case and Thacher Profitt.

He earned his BA degree in History from Cornell University, an LLM degree in taxation law from the New York University School of Law and a JD from the University at Buffalo School of Law. Amit remains a licensed attorney in the United States in the states of New York and Connecticut.